“Romania offers a lot of investment opportunities for both local and international initiatives. As experts in HR and growth opportunities we prepared a few insights that will shed light on the most common indicators to keep in mind while preparing an investment plan.”

Retail and wholesale; transport and storage; hotels and restaurants

Cultural and recreational entertainment activities; repairs of household products and other services

Romania has an excellent geographical positioning with access to major European transit corridors.

Air transport is assured by 16 international airports with flights to major European and Non-European destinations. 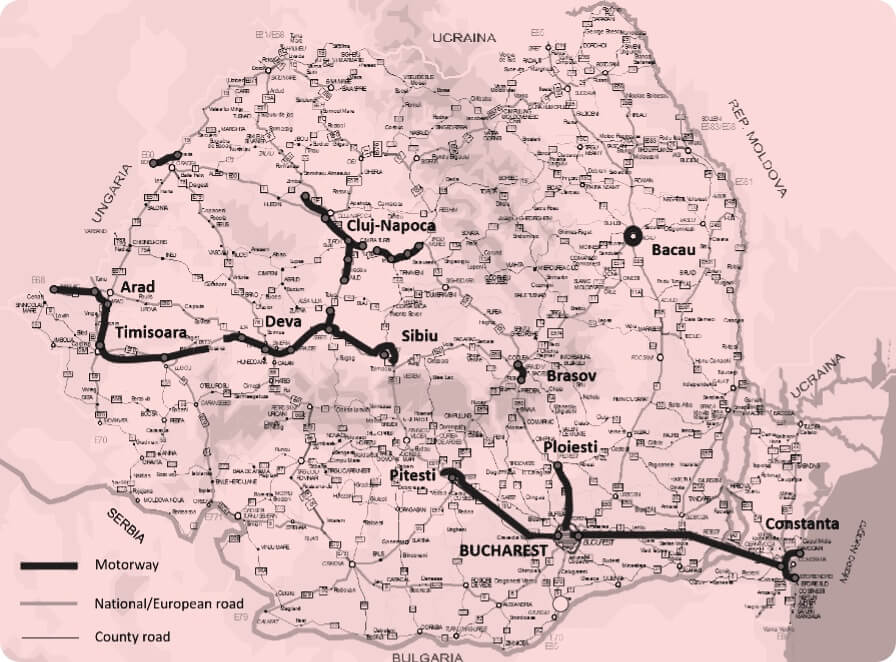 The state aid budget from 2021‚Äď2023 is estimated at ‚ā¨1.5bn. The intensity percentage of the aid is expressed in percentages and differs from region to region. The state support can be summed up in two large categories:
A. Investment of minimum ‚ā¨1m (GD 807/ 2014):
‚ÄĘ Construction of new buildings
‚ÄĘ Renting costs for existing buildings
‚ÄĘ CAPEX aimed at technical installations and tools
‚ÄĘ Acquisition of intellectual property 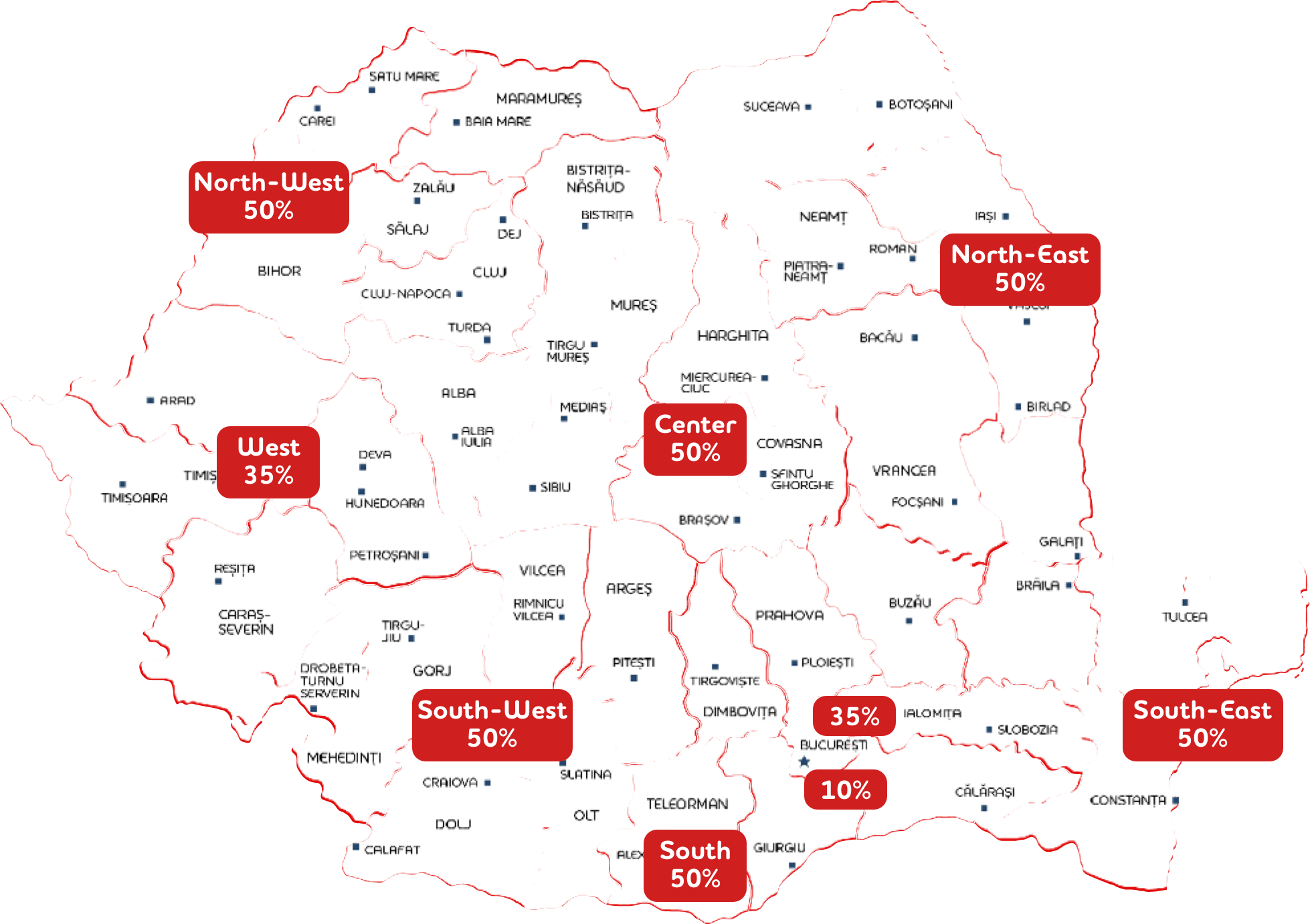 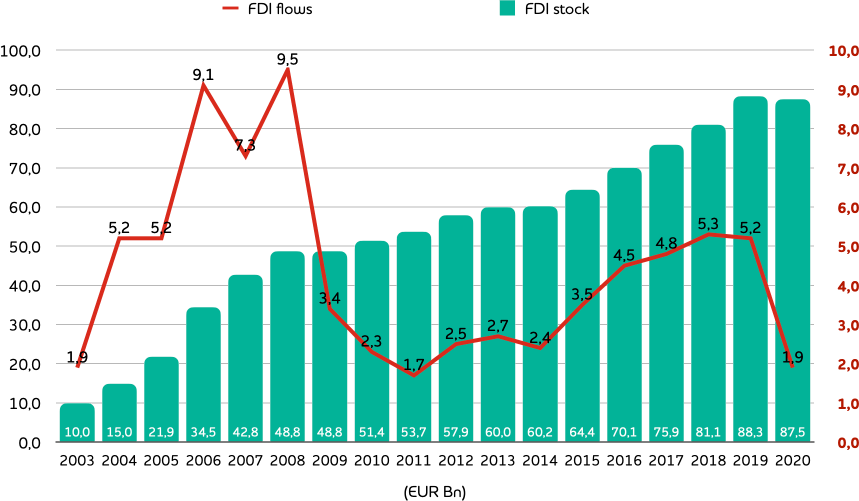 Source: NBR, Foreign Direct Investment in Romania (FDI stocks for 2009-2018 were recalculated based on the BPM6 methodological framework)

Romania has one of the highest discrepancies between the active population and the final number of employees.

This is because a large number of people still work and live in the countryside and sustain themselves and their families by working the land and raising livestock. 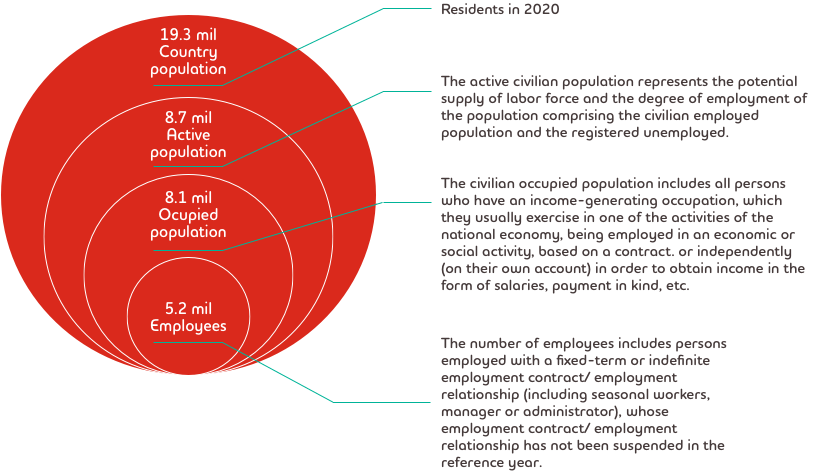 The labour force structure according to the main economic activities shows a strong fragmentation like all service-driven economies.

At 5 million employees the Romanian labour force impressively sustains pressure from demographic factors (i.e., ageing population) and the large discrepancies between the active population and the final number of employees.

They take classes in 32 basic fields of study. Out of the total number of students, 16.769 study the dual education format. In this frame the school partners up with a private company to offer students practical classes, scholarships, and to update the educational curricula. 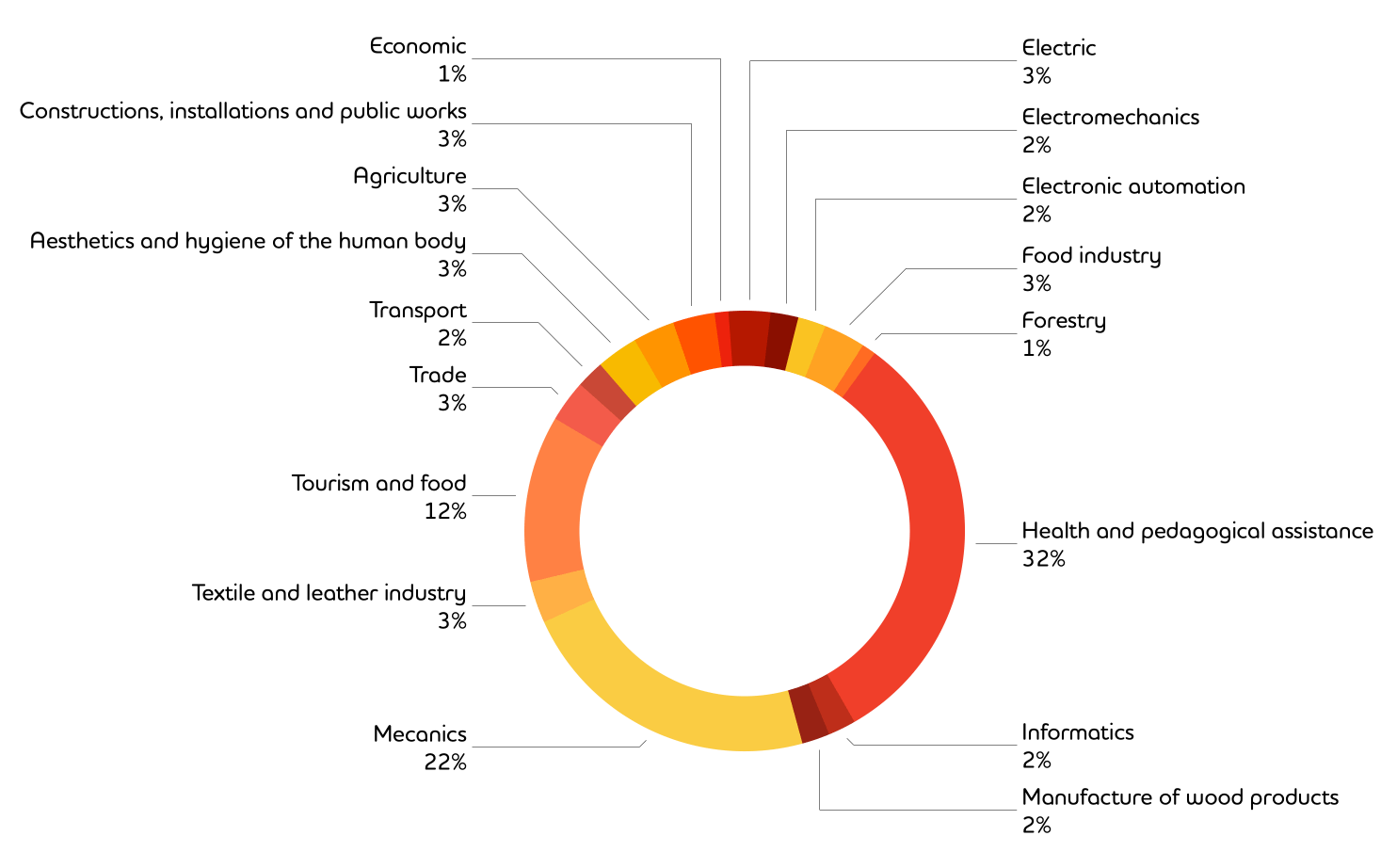 Romania has 84 higher education (state and private) institutions that offer bachelor‚Äôs, master‚Äôs, and PhD diplomas in line with the Bologna Process principles. In the academic year 2019/ 2020 there were 543.299 students enrolled in all three cycles of study.

The largest university centres are Bucharest, Cluj-Napoca, Ia»ôi, and Timi»ôoara.

Romanian labour costs are among the lowest in European countries. The minimum gross salary is determined by law and as of January 2021 it was ‚ā¨458. This value is determined according to a normal working programme with an average of 169.33 working hours per month.

In common practice the hourly cost isn‚Äôt used in negotiations or job offers. With regards to publicly announcing the salary benefits there are no mandatory regulations. Employers can opt in publishing this detail or not.

Labour taxation impacts both employer and employee. Employees that work in IT&C sectors and research & development are exempted from the income tax.

The structure of the taxation is as follows: